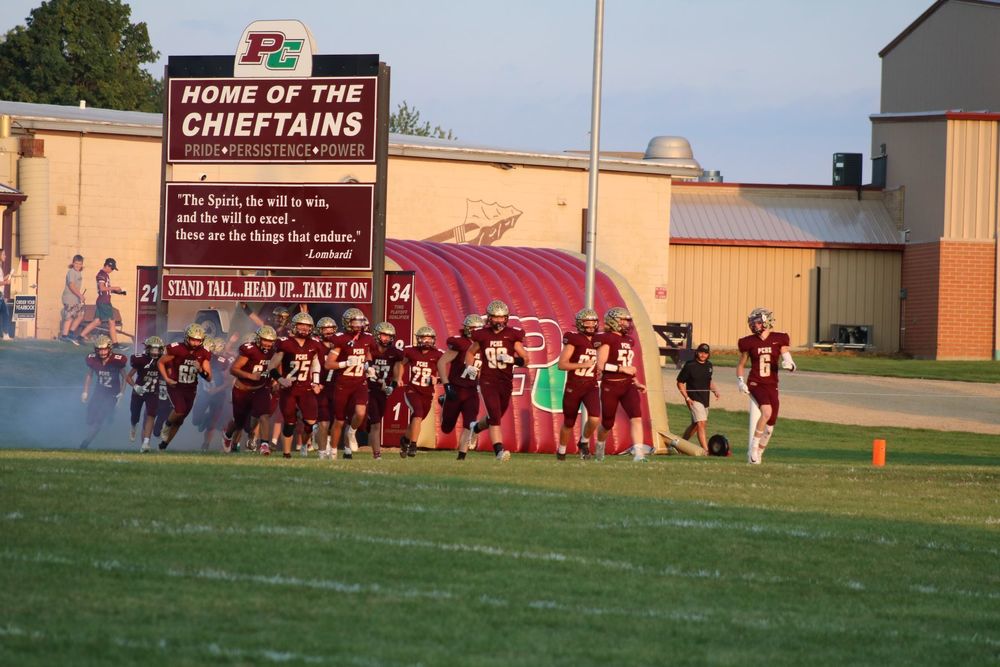 It takes many components to make a co-op work. This isn’t something that any two teams can just jump into, especially when they don’t necessarily “get along”. Having the ability to trust and respect each other is a huge part of having a successful co-op team. Without this, the schools will never see eye-to-eye, and the team will not succeed. Potosi and Cassville had been considered “rivals” by many people for years. There are countless stories from parents and grandparents who had always been rivals with Cassville, so it was tough for some of them to wrap their heads around the co-op.

In 2017, when Potosi and Cassville co-oped in football, they had a very tough task in front of them. They had to put their differences aside and come together to form one team. They did just that. In their first year as a co-op, Potosi-Cassville ended their season with a 9-3 overall record, losing in the Level 3 Playoff game to Blackhawk. But what went on within the team that made the co-op succeed? What were some challenges that the team faced?

Potosi-Cassville assistant coach Jason Edge said that one key element of the team’s success was, “the ability for the student-athletes to understand that they’re all there for one main reason, which was to win. The kids knew each other already, which made it easy for us to combine into one and play at a high level.” The team chemistry was “very good” in 2017 according to Edge, who added that “everyone was there to help one another get better.” With everybody on the same page, it was much easier for Potosi-Cassville to compete with good teams, such as Blackhawk, River Ridge, etc. “We did a lot of work beforehand,” said head coach Mark Siegert. “We had some meetings and did a trip together in April. We also had some joint lifting sessions, and the players would drive a lot of this.” Having many leaders on the team helped the kids form into one team with the same goals. “I have to credit the guys, especially the seniors,” said Siegert, “they had one year, and this was all completely new.”

When the co-op happened, many people were upset. Surprisingly, it was mostly parents of student-athletes. “I think the parents had more of a problem with the co-op because [Cassville] was their rival back then,” said Edge. The co-op had to happen in order to let these teams be successful and for Cassville to even have a football team in 2017. “I wanted to make sure that the kids in Cassville didn’t get left without a football program,” said coach Siegert, “and this was really their only place to go.” The co-op was a “very easy” yes for Coach Siegert, and there was “no skepticism on my side.” Coach Siegert did however want to “prove whoever was doubting it wrong”, and Potosi-Cassville did just that. The Potosi football program no longer exists, and neither does the Cassville program. It was “the beginning of a new era,” as Siegert called it, “and it’s been a good one.”

As new rivalries form now and again, some may have different opinions than others about the topic. However, many people consider Blackhawk as our biggest rival now. “They have knocked us out of the playoffs and out of conference championships,” said coach Edge about our rivalry. “They have a great program,” said Siegert about Blackhawk, but, “I try not to think of any other team any differently than any others.” With a schedule full of tough opponents, it is hard to focus on just one game. “We have nine rivals on the schedule,” Siegert added. Something that is always told to the Potosi-Cassville football players is to never overlook an opponent, no matter what their record says. You must fight for every win you get, which is exactly what the players do, now together as the PC football team.