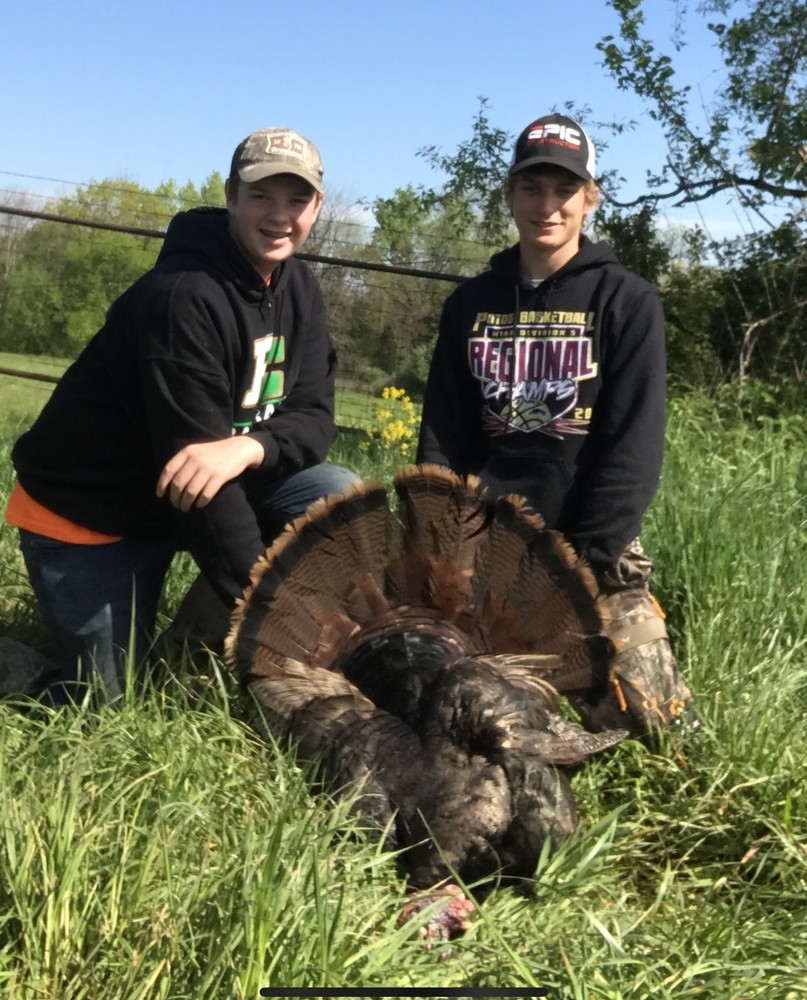 Cooper Emler’s perspective on hunting might be a little different than yours. His love for the hobby is rare coming from a 17-year-old.

You might think he’s only been hunting for a little while with only being a senior in high school. That is wrong; Cooper started hunting with his dad, “Big Emmy”, when he was five. He has around 12 years of hunting experience at such a young age. You don’t see that very often.

Cooper started out hunting with his dad. He says “Big Emmy has taught me 90% of my hunting tactics.” Cooper has moved on to hunting most of the time by himself, using the skills learned from Big Emmy to hunt successfully, as he has killed a turkey every single year he has gone out. Cooper says, “I’d rather hunt the times like rut and first season turkey hunting alone, to avoid more chances of spooking the animals.

Cooper’s favorite season of the year is turkey hunting since he has had so much success doing it. He loves, “the vocalism of the turkeys and the adrenaline rush as they come in slowly but surely.” He likes the fact that you can pretty much set up anywhere and have a good chance at calling a turkey in. Cooper also likes the continuous scouting for turkeys because it consists of driving around, listening to country music, drinking a Mountain Dew, and looking out for turkeys in the fields where he can hunt. Turkey hunting can be a very frustrating hobby, but that is why Coop likes it. He says, “I would rather kill a bird after having to call it all the way in and work for it than just waiting for something to come by.”

The Whitetail rut is also a very good time to be a hunter. This is Coop’s second favorite time to hunt. He says “I just love the feeling in the air when you know a tank of a buck could walk by at any moment so you always have to be ready”. The whitetail rut is also the best time to call a deer in. He really likes trying to call deer in because it isn’t an easy thing to do. “I like clanging the horns together early in the morning and then sitting back and waiting for the right buck to show up”. Cooper has also had plenty of success in deer hunting, as he has killed six bucks and plenty more does. As before, Coop says he gets it from Big Emmy, and he has more confidence in the stand because he has seen the success of his dad.

Cooper has some good memories from many of his hunts in the past. His favorite memory of all time is when Cooper and I went on a turkey hunt. It was the middle of the day, no expectations of killing a turkey, but we still went out. We had a turkey gobbling and slowly moving in. Coop was telling me “get ready, get ready” as we watched it come through the field straight toward us. It got within 10 yards and Coop was saying “shoot that thing,” with a couple of other words in there as well. I didn’t have a shot at the moment, but as it walked into a little lane, I took the shot. We went to pick up the turkey and I said, “I can carry it since it's my turkey.” Cooper said, “what are you talking about?” We were so confused because we were both saying we shot it. We went back to where we were sitting and sure enough, there were two shells. We both had shot at the exact same time so that neither of us could hear the other gun go off. We laughed about it for the rest of the day, and to this day it’s probably both of our favorite memories.

As the whitetail rut is coming upon us, Cooper is getting ready to devote all of his open time to hunting. He is starting to get really excited. He says “It's that time of the year.” Cooper is a very serious and skilled hunter and will definitely have much more success in his hunting career.