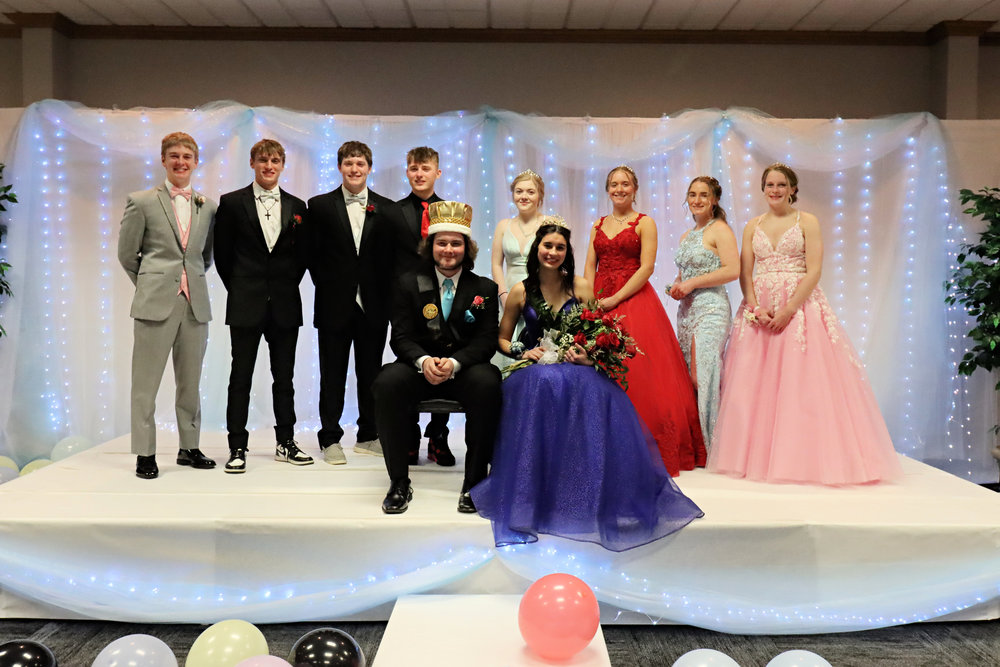 Prom From A Junior's Perspective

The 2022 Junior Prom just happened at Potosi High School. It was a largely successful and safe night for everyone who attended, and everyone had a lot of fun. Court consisted of Abby Pierce, Sam Udelhofen, Madalyn Worthington, Preston Steiner, Malia Weber, Ethan Kerkhoff, Emily Bierman, Logan Kruser, and Prom King and Queen were Brayden Edge and Tündii Lippai. Now that everything is settled and the night is over, let’s focus on the preparation and nerves that people face starting months before prom night, specifically with junior girls.

For most people, their first and sometimes biggest challenge is finding their dress. Some of the girls were lucky enough to find their dream dress on their first attempt. Summer Cohen was even able to find her dress online, saving her the hassle of traveling and spending money on appointments. However, some others weren’t so lucky. Lippai and I went shopping together, and we only found our dresses after traveling three hours away to Des Moines, Iowa. Another student wasn’t able to find her dress for about two months, due to her mom not being willing to spend much money on it and the lack of shops near us. The point is that dresses can be a big source of stress and anxiety for a lot of girls. It is especially difficult for a lot of us because of where we live. The closest and most convenient place to get dresses would be in Dubuque, but it’s not always guaranteed that that’s where people will find dresses they actually like.

After finding a dress, that’s when a lot of people begin making plans with their friends. They start discussing where to eat, where to take pictures, and what else to do before prom officially starts. This can also be an extremely stressful time, because not only do you have to accommodate everyone’s preferences and constrictions and compromise a lot, but you also have to fit in appointments and possibly even the church service beforehand. All of this makes the day of prom extremely cramped and tight on time, which doesn’t give anyone a lot of time to relax and just enjoy the day. The only time given for that is the after prom, and by 12:00-1:00 am, everybody starts getting tired.

A lot of people also take part in the prom committee, where they can give their opinions on what the theme should be, the DJ, and they can pick decorations and crowns. This is typically a difficult process no matter who you are, due to having to deal with a lot of different people and their many different opinions. There is also having to deal with everyone’s varying convictions, with some people caring very much about how the night will go and look, while others only there to say they were. People’s different levels of commitment can be very worrying and can cause stress and anxiety for the people who really care.

After the dress is bought and everything is prepared, all that’s left to do is to wait. This is when nerves set in for a lot of people, but some don’t get worried until a few days beforehand. Along with the stress of the day and hoping everything works out, people also stress about who will win king and queen and possibly even whether they will want to dance or not. Anxiety and nerves tend to get in the way of having fun like that after the formalities are over, so the people who don’t dance tend to get bored and leave after a while.

Prom can be an extremely fun day, but for the people involved in the planning, court, or the junior class in general, it can be very stressful and cramped. However, that doesn’t mean everybody can’t have fun and, at least for me and my friends, it was a very fun and memorable day.