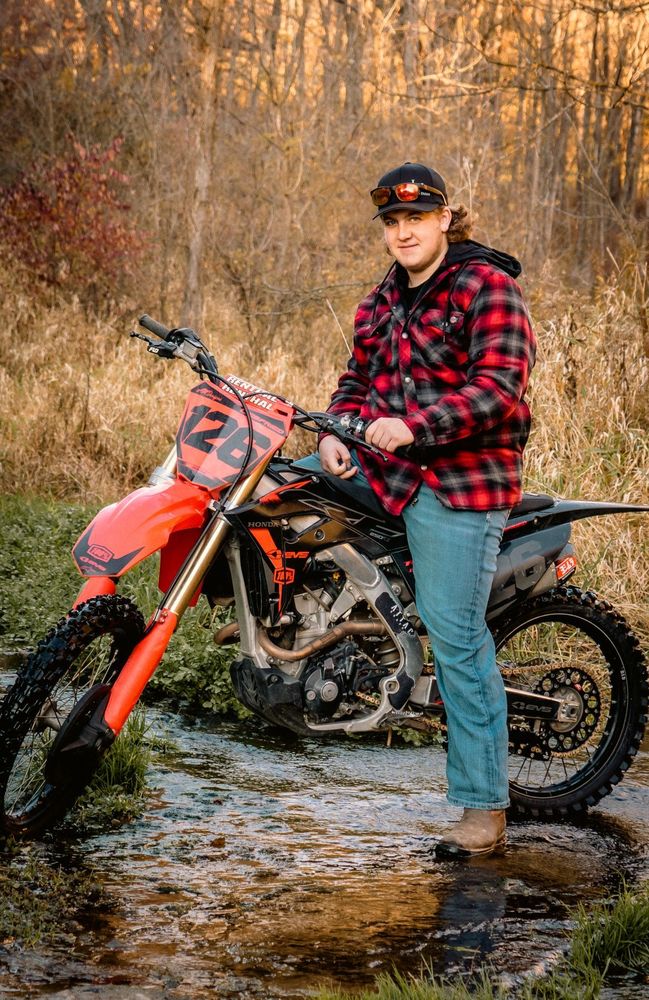 Many students at Potosi High School participate in the sports that they have provided here at school. It's not very common to see kids take up another sport that's not provided at school. Especially a sport like motocross. Motocross is considered one of the most physically demanding sports. Although the races are typically short (20 - 40 minutes) it requires you to use your whole body for that time. The races usually take place on indoor or outdoor dirt tracks, with various jumps and turns throughout the whole track.

Ty Leibfried, a senior at Potosi, started riding dirt bikes when he was 4 years old. “I got my first bike from my grandparents. Ever since then I've been riding.”  When Ty was 6 years old he found a new interest in not only riding, but racing them. “I had a cousin named Brett Metcalfe that raced pro for a couple years, and now he is in Australia racing pro. He was my biggest influence to start racing. My first race was in Reedsburg when I was seven years old. I placed first, and it was one of my most memorable racing moments.”

However, not every moment in his racing career has been that exciting. “This last year, at my last race of the year, I was out in practice trying to have a high intensity because it was the night before I raced. I was doing really good and wanted to keep that up, but I was going around a corner and hit something in the dirt and it kicked out my back tire. It just kept going side to side and I eventually got so sideways I got flipped off the side right into a jump face, and I ended up breaking my collarbone and a rib.”

Ty had a long four month recovery. During his recovery, he couldn't ride or really move around much at all. “After recovery, I didn't have any trouble getting back on the bike at all. I've had multiple races since then. I placed 6th in my first race back, and 11th in my second race. I’m looking forward to getting to more races this summer and getting better at riding.”