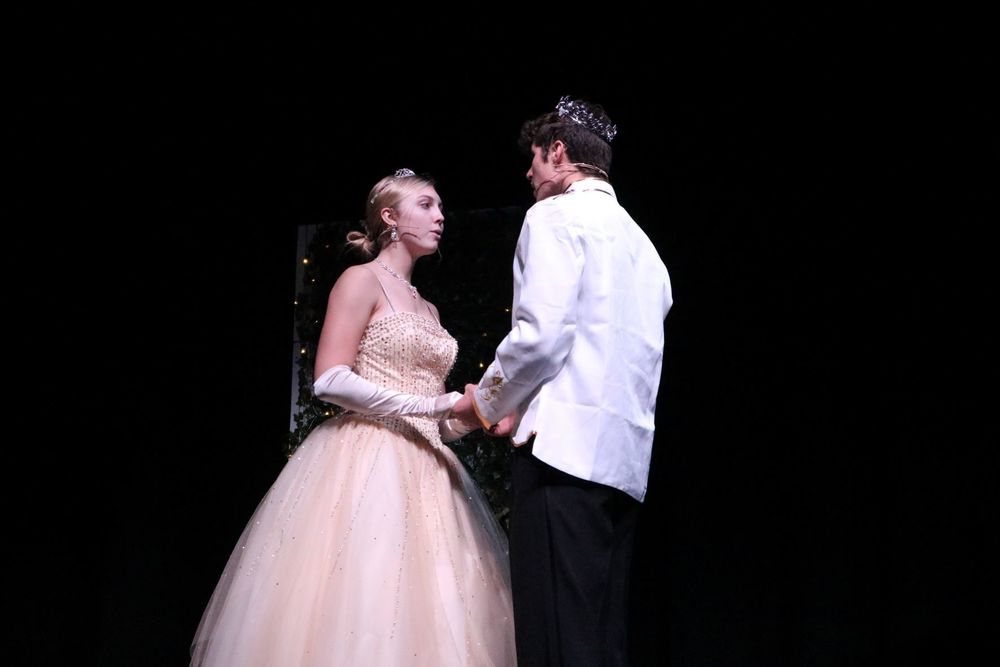 Potosi High Schools’ musical production is back, and with a live audience. This year’s Musical was Cinderella. The cast and crew were really excited to be back in front of a live audience and not hidden behind masks and a video camera. The cast was especially excited to interact with the audience and just have everything be back to “normal.”The performances took place on Thursday, November 11; Saturday, November 13; and Sunday, November 14 in the Keith Carlton Livens Auditorium at Potosi High School.

Mrs. Boneske, the musical director, explained how excited she was to be back in front of a live audience and how she prepared to make a great comeback that people would come to see and enjoy. Mrs. Boneke said, “actors play off of the audience's energy, so they are an important aspect of any show. We need them to perform at our very best levels, and we are lucky enough to have them back.” Last year, not being in front of an audience was difficult for the actors.

The lead senior, Aspen Walsh, who played Cinderella in this year's production, said, “I miss the live audience and I am very excited to be able perform in front of them again; it was very difficult without them last year.”

A huge concern during last year's performance, the first without a live audience, was the unexpected quartines. “You never knew who was going to be at school or rehearsal everyday, so it was extremely hard to plan ahead or make a concrete rehearsal plan,” said Boneske. This year the anxiety was less than what it was last year. Aspen said she was, “very excited to see the set pieces come together and to see how the costumes turn out.” She was a lot less stressed than last year, and was ready to perform her last musical. Boneske did not feel pressure at all about this performance; she said, “we are anticipating to go back to normal.”

To prepare for the performance Boneske had to make sure all of the actors had a positive attitude and mindset going forward into the production. She said that, “being a lead character is a huge responsibility because many people are looking up to you, so it’s important to choose cast members who are positive leaders, and this year's seniors do just that.” The seniors have played a big role in making this a great comeback. Logan Uppena, who last year had his first big role as Walter Hobbs, has never played a big role in front of a live audience, and this year he is playing Chistopher (Prince Charming). Logan said, “I guess sometimes I'm a little nervous but I'm really excited for the musical.”

Logan also added after the show that he thought it went really well. The cast and crew were really excited to be back in front of the live audience. Now they are looking forward to the school's fall play.