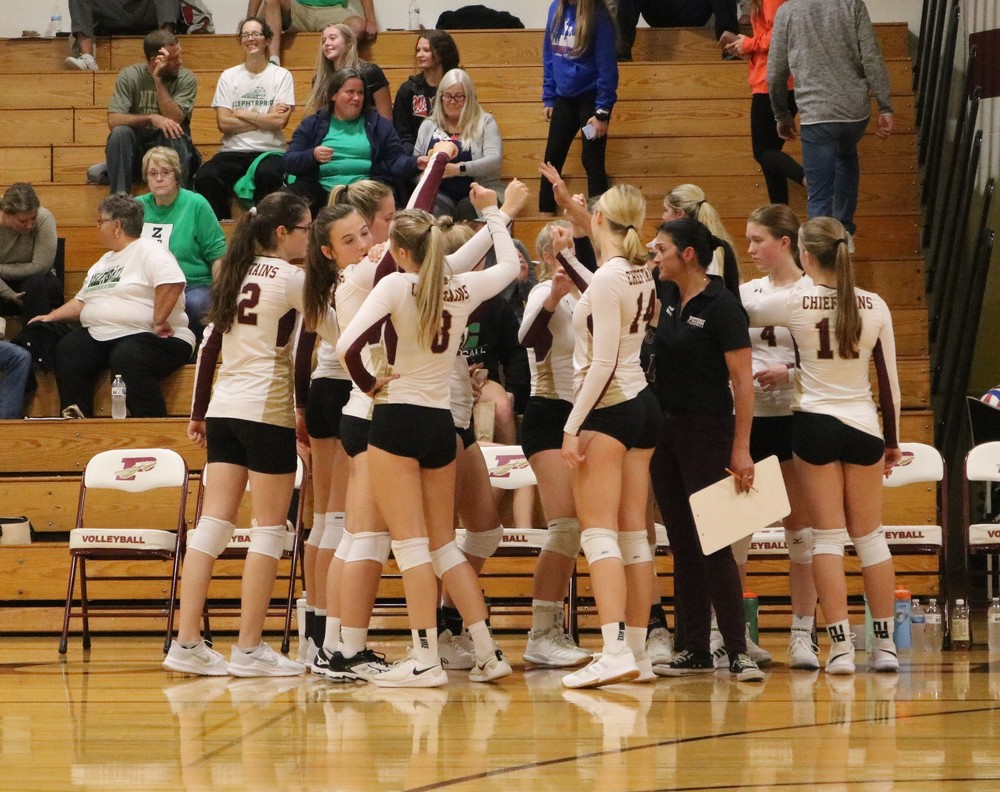 Last year, Potosi Volleyball was able to win the regional championship with six seniors who held key roles on the team. Losing those six seniors left a very uncertain beginning to the 2021-2022 season. The team’s expectations were not set as high, and nobody expected a conference championship run. This meant that some of the seniors would need to step up. They have done just that, and the girls were able to come very close to winning a conference championship.

Coach Murray explained how the team prepared this off season. “We had played in an Iowa Grant League, a Tournament in Wisconsin Dells, and we held open gyms.” In the summer preparing for tournaments helped the team get closer. The team Chemistry they developed helped them to play together this season. This team had three varsity players who had zero experience coming into the season. There was still a lot of uncertainty so some players had to step up. A senior with varsity experience, Jessica Noonan, was prepared to take on the role of a senior team captain. Jessica said, “I was ready for the challenge of being a team captain, I have been on varsity since sophomore year, and I have always been loud and into the games.” This year Jessica proved she was ready to be a vocal leader. She can be counted on to bring the team together if they are facing adversity. “When we face a challenge, I bring everyone together and encourage them to try and play their best without starting a fight.”

Cassie Cooley, a sophomore setter, explained how the team has welcomed her as a new player, and especially that, “Jessica is a great leader and she has inspired me to play at the highest level I can.” Brooke Traver, another new addition to the varsity team mentioned another key player on this varsity team. Kylie Reuter has helped Brooke to be better at playing middle. She said, “Kylie has given me knowledge and pointers on what I can do. She is very good at leading by example.” Brooke also talked about the change of going from a JV to a Varsity team. “There is tougher competition, but the seniors have helped me adapt to the new environment.”

Coach Murray also said she has noticed great improvement in players with less varsity experience. Senior Gracie Breitsprecker did not play a ton of varsity last year but is now in the starting lineup. Gracie's new playing style was influenced by previous senior Lilly Post. Gracie said, “Lilly encouraged her teammates and was always fired up, this showed me how I needed to be on the court.” Coach Murray said, “Gracie’s attitude has improved a lot since last year; she has also shown improvement on the court too.” Gracie explained that, “Going from not really being involved to starting really caused me to focus and step up for the team.”

As you can see, the team had to overcome many obstacles coming into this year, but they were ready. The Potosi volleyball team now has an overall record of 21-6, and a conference record of 10-2. They will face the Wauzeka-Steuben Hornets in the first round of playoffs on Tuesday.