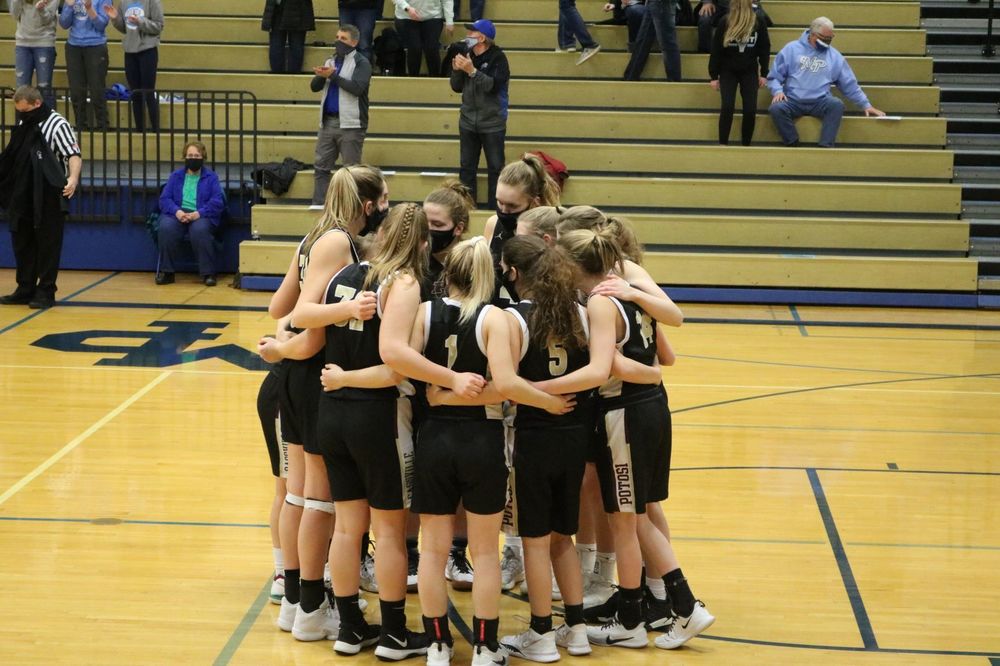 The girls basketball team experienced a whole new kind of season this year. With a new season came a bunch of new challenges for the team. As they faced these challenges, the team picked “We’re all in this together” as their theme. Leading the team into this uncertain season were seniors Sydney Fecht, Lilly Post, and Logan Hubbard.

Seniors Sydney and Lilly both claim that, “this season was definitely something to get used to.” With so much uncertainty, Lilly claimed that “getting used to teammates not being there because of quarantine, and wearing masks while playing, was different.” As the girls played each game like it could be their last, they missed the normality of having a gym packed with fans cheering them on. Without this outside support, Syd says, “we had to bring our own energy to the floor, which at times was a challenge, but made us better because we had to be our own support system.”

Although COVID changed everything for this team, it seemed to make them better. “COVID made us appreciate every game opportunity we had, because we knew that our season could be over at any minute.” Lilly claims that they all felt more like a family and any outsider could feel the closeness of the basketball team.

Despite all of the uncertainty of the season, the girls ended with a winning record of 12-8. The girls ranked second in their regional bracket, which gave them a bye in the first round. In their first game of playoffs, a regional semi-finals, they were seeded for a home game against Cuba City. This was a big game for the P/C basketball team as they came away with a 60-55 win. This advanced the basketball team to regional finals, where they ended their season with a loss to Mineral Point. This season was anything but normal for the girls basketball team, but they managed to pull together and make the best of it.