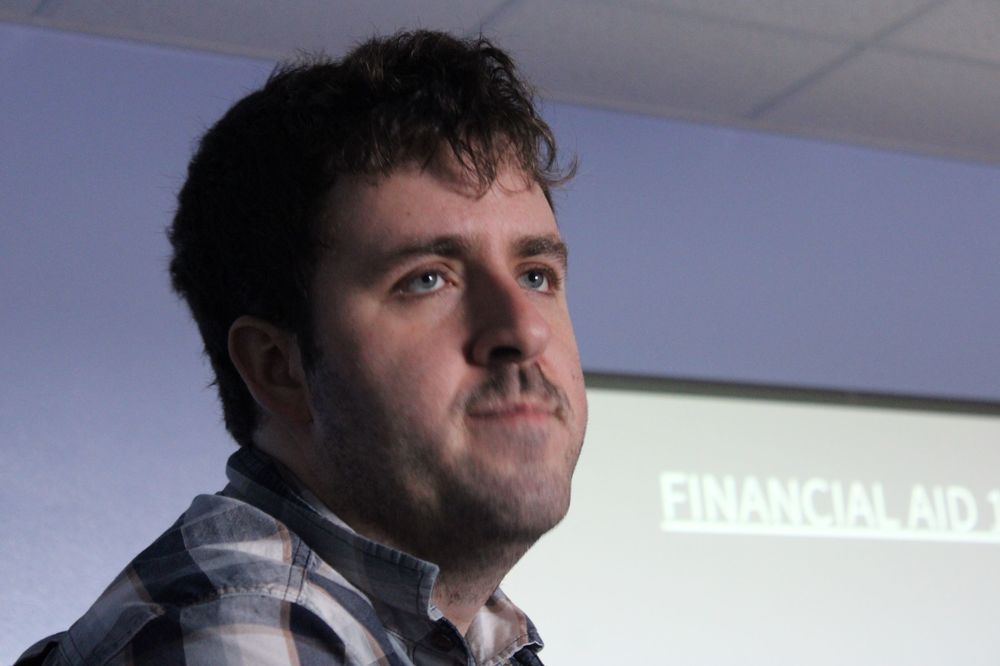 Educator, business tycoon, globetrotter, and coffee connoisseur. These are some of the labels given to Mr. Zack Lynn, but when you ask him what he does outside of the classroom he’ll tell you he’s a Russian spy.

Growing up in large places wasn’t Mr. Lynn’s cup of tea, and that was why he moved to southwest Wisconsin. Living in a small area hasn’t kept him from traveling the world though. Mr Lynn has been to 20 different US states and 30 different countries. Traveling to places like Scotland and India has opened the world of food to Mr Lynn. As a quick go-to supper, Mr. Lynn will often eat curry and other domestic foods, but the food isn’t the only thing Mr. Lynn has picked up from the places he has been. Mr. Lynn also has currency from other countries and other memorable items.

This past summer Mr. Lynn traveled to South Dakota, Indiana, Ohio, West Virginia, and North Carolina, where he went to some museums, memorials, historical sites, and more. He started the trip by going to South Dakota where he saw Mt. Rushmore, the Crazyhorse Memorial, and the Presidential Wax Museum. From South Dakota, he went to Indiana where he visited the Buddhist Center of the Midwest and saw the largest collection of mechanical puzzles in America. The next stop was Ohio. In Ohio, he went to the Official Museum of the Airforce, the largest collection of neon signs in America, and a German villag,e which reminded him of his time in Germany. After Ohio, he drove down to West Virginia where he went to Point Pleasant, a city where, in the ’60s, a figure called the “Mothman” was seen by several eye-witnesses. In Point Pleasant, you can visit the “Mothman” statue and museum. While he was in West Virginia he stopped by Greenbrier Bunker, which was a massive bomb shelter for members of Congress in case of emergency years ago. To end the trip, he went to North Carolina where he visited some old friends.

Even though Mr. Lynn has traveled to over 30 different countries, he can still pick his favorite place he has been to. Most people would say places like France, Ireland, or Fiji, but Mr. Lynn’s favorite place is the Czech Republic, also known as Czechia. The Czech Republic is a small country in Central Europe bordered by Germany to the west. The Czech Republic is known for its beautiful castles and medieval buildings, and that is why the small country of Czechia is Mr. Lynn’s favorite place. Mr. Lynn said, “The medieval buildings turned into coffee shops were really neat.” It isn’t surprising to hear Mr. Lynn say this, knowing how much he enjoys his coffee.

This upcoming summer Mr. Lynn plans to travel to China and Mongolia, two countries he has never been to. He plans to fly to Beijing and go to the Forbidden City, a former Chinese imperial palace from the Ming Dynasty. He also plans on going to the Great Wall, which is one of the largest tourist destinations in the world. From China, he plans on flying to Ulaanbaatar, Mongolia. In Mongolia, he will attend a Naadam Festival. A Naadam Festival is a festival with a bunch of games including wrestling, horse racing, and archery. After the festival, he will hire a tourist guide and travel into the wilderness of Mongolia. Another vacation he has planned for the near future is Russia, but that won’t happen until the summer of 2021.

At this rate, Mr. Lynn will travel to every state in the US and every country (that is safe) in the world, and who knows, Mr. Lynn might even travel to the moon or even a different planet.