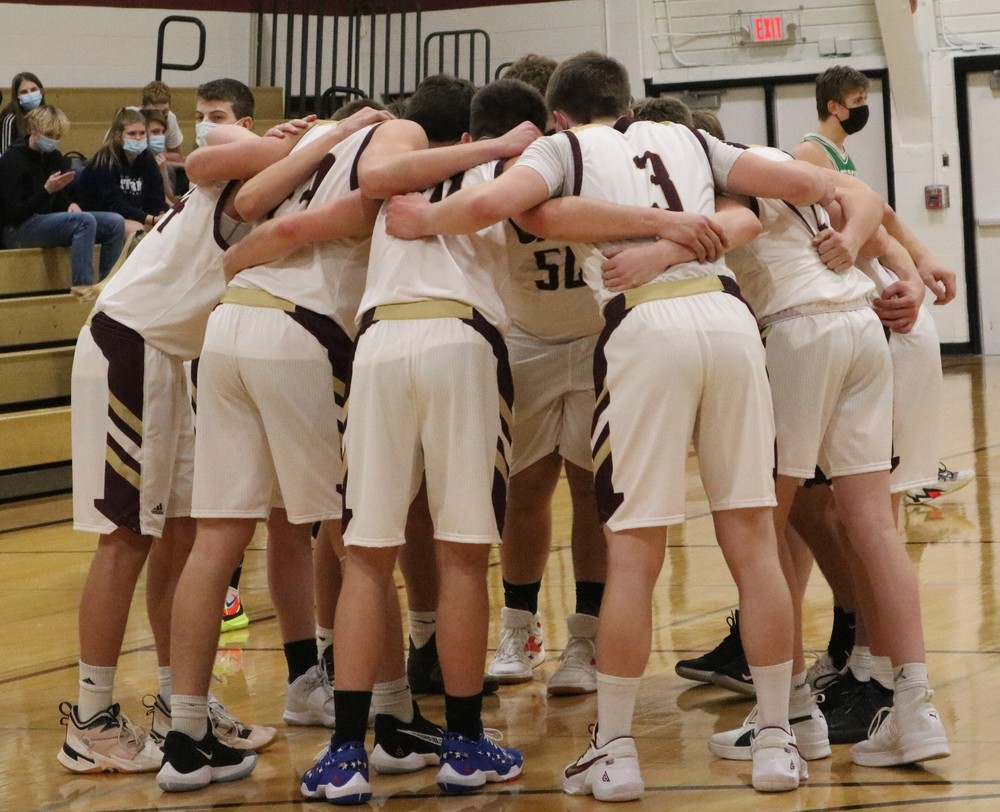 We all know, to play basketball, you need to be in tip-top shape. Endurance, which is part of this, is how long you can go up and down the court without having to get subbed out because you need a break. With a mask, breathing becomes much harder, and in this pandemic, basketball becomes a whole different game.

“With the masks, it's been a change for all of us,” said Amber Patterson. Ms. Patterson is a first-year assistant coach for the Potosi/Cassville girls basketball team. Patterson’s main role on the coaching staff is to help with the girls’ defense and to help post players improve their skills. Before starting her coaching career, Patterson used to play basketball from 4th grade all the way up to her senior year, from Saint Mary’s School to River Ridge High School.

At the beginning of the girls basketball season, the masks made it difficult to practice. The team was dedicated and worked well together to adapt to this newfound challenge. However, in games, it is still very hard to breathe with a mask, but the ladies can overcome any obstacle that is in their path. “You can notice the players get tired and exhausted a lot easier,” said Patterson. Like all basketball teams this year, finding the right rotation is the key to success. This was something the coaching staff had to discuss and figure out in order to give the girls the best possible chance at winning.

Potosi/Cassville’s girls basketball team became a co-op in 2018 when Lilly Post was a sophomore. Lilly is a senior now and has been a starter for three years. When the co-op first started, girls from both Cassville and Potosi felt it was a little awkward and unusual to play together on the same team, but through repetition, blood, sweat, and tears the girls stuck it out and have learned to play well together. In previous years having to adjust to a bunch of new teammates was their biggest challenge. This year the new challenge is undoubtedly covid-19.

With covid-19 being a big factor in the 2020-2021 basketball season, games are constantly being changed, rescheduled, or even canceled. The girls basketball team has not had to quarantine at this point, whereas the boys basketball team has been quarantined as a team two times. With the girls team not being quarantined, they have been able to pick up more games when other teams are not able to play. As we come into the final stretch of the season, the boys team has a lot of rescheduled games to play. At first, masks were necessary to play, but referees were not being very strict on if the mask was covering your nose. As the season progressed, the refs have put their foot down and are more strict on the matter.

For both the girls and boys basketball teams there are only a small number of spectators allowed at games. Although this might affect the intensity of the game for some, Stoney thinks otherwise. Stoney does not like the fact that there are fewer fans, but that does not stop him from giving it his all and competing at a high level.

These basketball teams have experienced some strange circumstances this year, mainly from wearing masks in games to having games canceled by something so small we cannot see with the naked eye. These times are difficult, making playing sports harder, but keeping a positive attitude and giving a massive amount of effort and energy in everything they do is something that these experienced athletes do best.