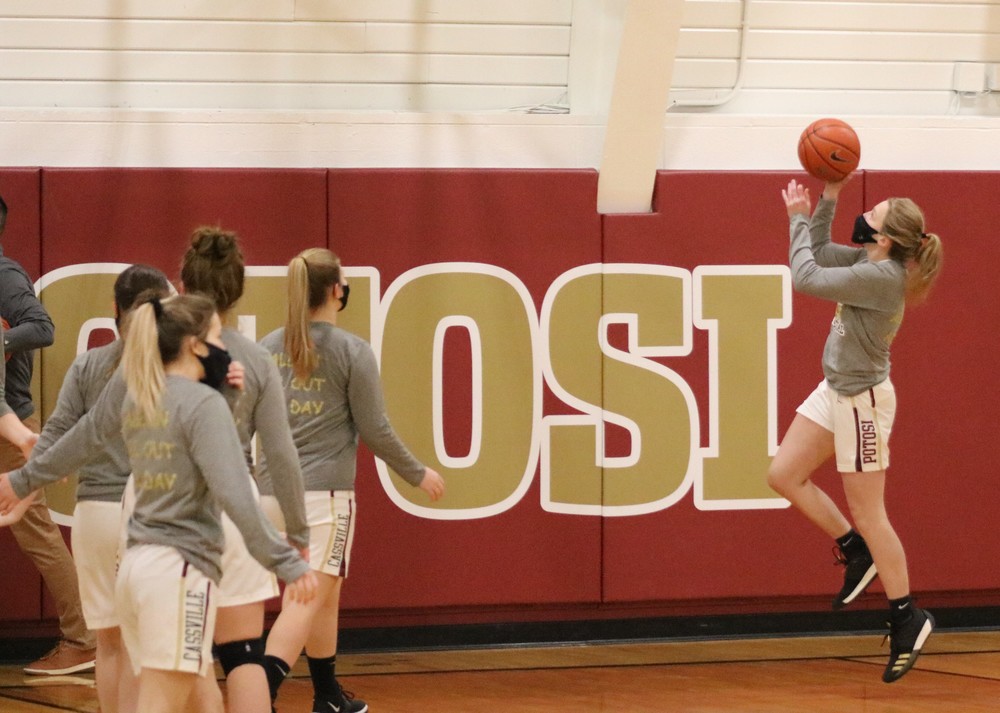 Superstitions can be a big part of someone's performance in sports. You may not know it but a lot of athletes base their victories on superstitions. They can also blame their superstitions for a loss. Having a superstition can make you feel prepared, ready, and calm.

Even the Potosi-Cassville girls basketball team has superstitions. For the first game of every year, we create the order of how we run out of the locker room by just letting it happen, but it is unplanned. We keep that order for the rest of the season though. If that is messed up, people don’t know where to go and what to do because it isn’t what they are used to. We also have an order to stand in for the national anthem which is different from the run out order.

For basketball and volleyball, Kylie Reuter has her own superstitions. She puts on her right ankle brace and then her left ankle brace. She also does this for her shoes and her knee pads or braces. Another superstition she has is to wait until she has her jersey on and shoes on until she puts her hair up. Kylie said “If I don’t do this before a game starts it's all I think about, but as the game goes on I start to forget about it and just play as well as I can.”

Emily Bierman has a superstition with how she puts her uniform on for basketball. She has a very specific order. She puts her jersey top on first and then she puts her basketball socks on. She then puts on her shorts first and then her shoes. For the final touches she has to put her hair up before she puts on her warmup shirt. She is now ready for her game. Emily said, “I feel like if I don't do that in that order, I will play really bad.” Not doing a superstition can definitely mess up a player’s performance. This is why it is also important how you decide on a superstition.

Kylie can have different superstitions for each year. She chooses them based on what she does for the first win of the volleyball season. She then sticks with that for every sport. Kylie doesn’t use her superstition outside of sports. She said, “This only matters for sports, especially if we win that day, that means it works.” Emily just randomly started doing her specific jersey order and has never changed it.

Emily and Kylie’s superstitions eventually became a routine. They don’t even think twice about their superstitions while getting ready for a game, but they would definitely be able to tell if they did something in the wrong order.