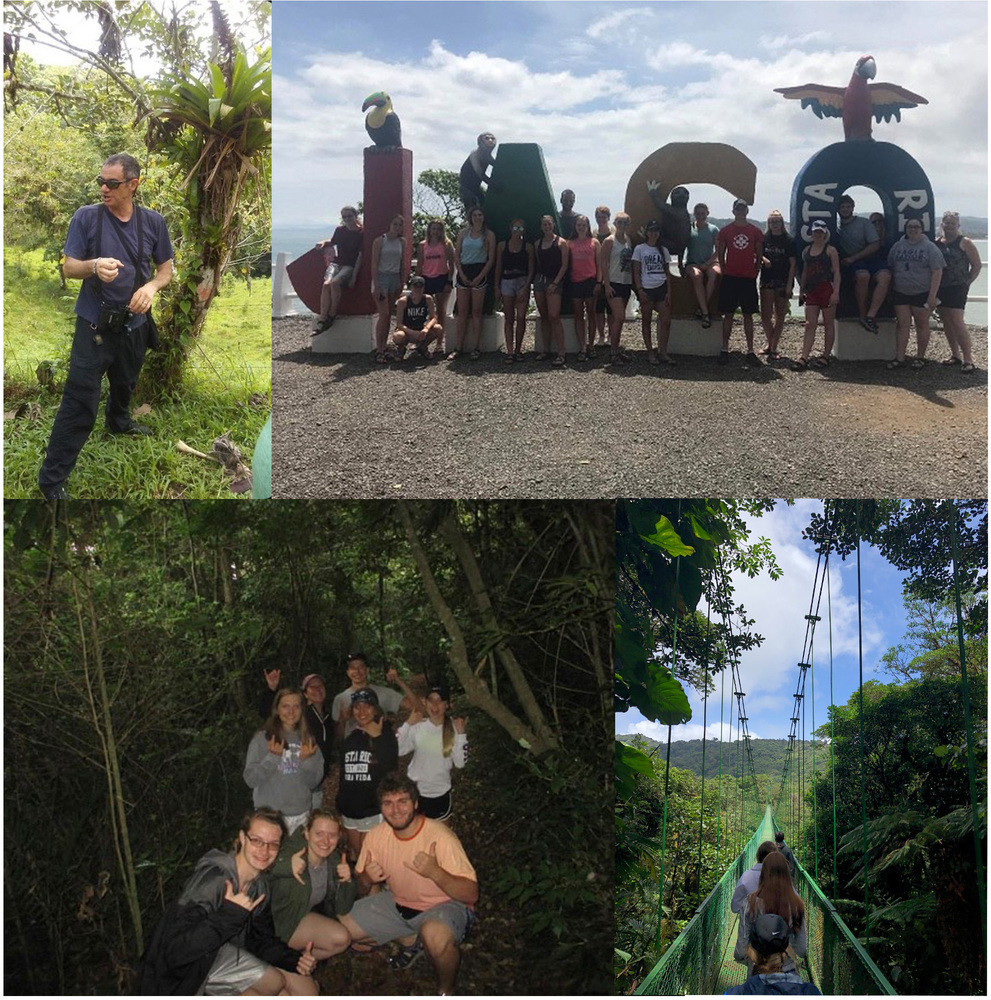 Traveling out of the country with a group of strangers can be an impossibly daunting task for some adults. Try doing it at sixteen years old.

In 2019, I went to Costa Rica with my Spanish Club and the club from Lancaster High School. In total, there were twenty people on the trip and I was only acquainted with three of them going into the trip. As I climbed into the giant van and squeezed myself into the seat between two boys I’d never met, I stared out the window thinking, “What have I done?”

The whole trip down to Costa Rica, I awkwardly greeted people and watched from afar as people from Lancaster, who were already friends, laughed and joked in the airport, but as soon as we stepped into the humid, Costa Rican air, my perspective of the trip changed in an instant.

A fast-talking Costa Rican man grabbed my suitcase, threw it into the bus, and rushed me to find a seat. “We have to keep moving! There's cars behind us.” Once we all settled onto the bus and moved out of the terminal, he grabbed a microphone from the front of the bus and spoke. “I’m Eddie. I’ll be your tour guide.” Those few words sparked my interest. As I stared out the dark window, imagining what the world looked like outside, Eddy talked about Costa Rican money.

“It’s plastic, unlike your flimsy American dollars. Holds up better,” he explained. “All the bills are different colors so you can instantly tell how much it’s worth, and for the blind, they are all different lengths so they can be easily identifiable.” By the time we pulled into the hotel, even though my eyes were barely able to stay open, Eddy had me fascinated with Costa Rica and my worries about the trip started to fade.

The next ten days were a whirlwind of excitement. I went parasailing, hiked in the rainforest, zip lined, swam in the ocean and snorkeled, went white water rafting, planted trees, tried new food, bought local gifts, slept through an earthquake, and most importantly, had the best experience of my life.

At the end of the trip, as Eddy stood in front of the bus ready to stop at our terminal, tears filled everyone’s eyes. We had bonded. We had become a sort of a family throughout the past ten days, and Eddy was the glue that held us all together. He guided us through the jungle so we wouldn’t get lost, told us funny jokes to get us cracking up when we were on long, windy roads that never seemed to end, made us eat gross food that ended up being surprisingly delicious, and cared about each and every one of us.

Throughout the whole trip, Eddy tried to get us to realize that the world is so huge and that there are endless possibilities for us to explore. As the bus pulled up to the terminal, Eddy said his final words to us.

“Remember, in your huge country that goes so fast be the voice, not the echo.”