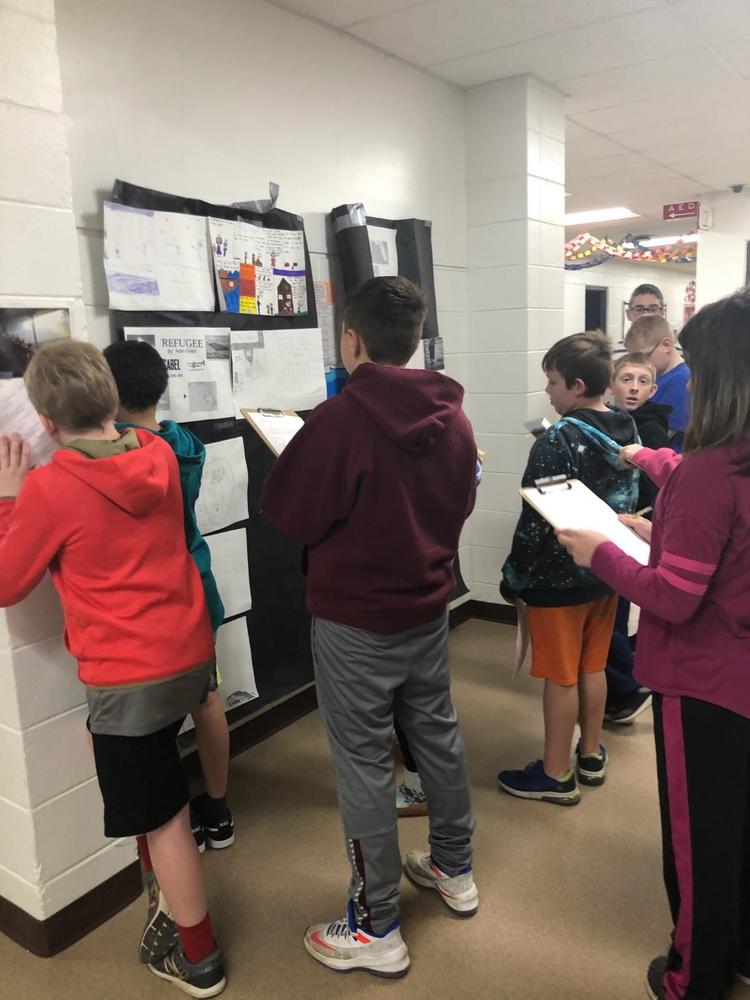 The sixth graders completed their interactive readaloud Refugee by Alan Gratz by creating posters which detailed some of the obstacles that were faced by the 3 different refugees (Jewish boy in the Holocaust, Cuban girl during the 1994 food shortage and escape to Florida, Syrian boy in the middle of their recent civil war fleeing to Germany).  They had a gallery walk out in the hall where they observed and gave written feedback to their classmates' posters.  #PotosiPride