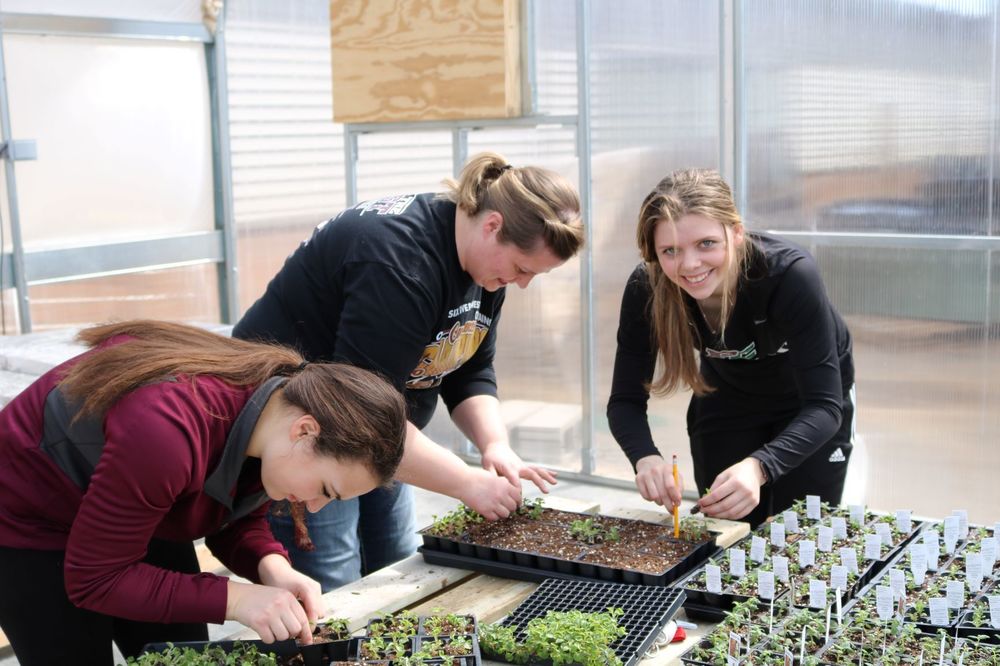 It was the spring of 2017 when the old greenhouse held its final horticulture class. The old greenhouse was built directly on top of the parking lot. Its walls were covered in “artwork” from former students. Students described working in the old greenhouse as claustrophobic. Then one day, the rumor began to circulate that extra funds would allow for a new greenhouse. The extra money to buy a greenhouse came as a surprise, as the funds were found with only one week left of the fiscal year. However, there was only one week to plan and execute the purchase of the greenhouse because all the money had to be spent before then. Horticulture teacher Tracy Brunton was ecstatic when she found out that the school board allocated funds for a new greenhouse. “I was really excited for the potential to have a much bigger and better-equipped building to grow our plants. However, it was super stressful to get everything aligned in order to spend that money correctly in just one week.”

Since the new greenhouse was built, the FFA has been pleased with plant sales, as they have doubled in the years since. With the new greenhouse being so much bigger than the old one, Mrs. Brunton is happy to welcome more students to horticulture class, and classes are bigger than ever. Will all of these improvements, you could say it was money well spent.