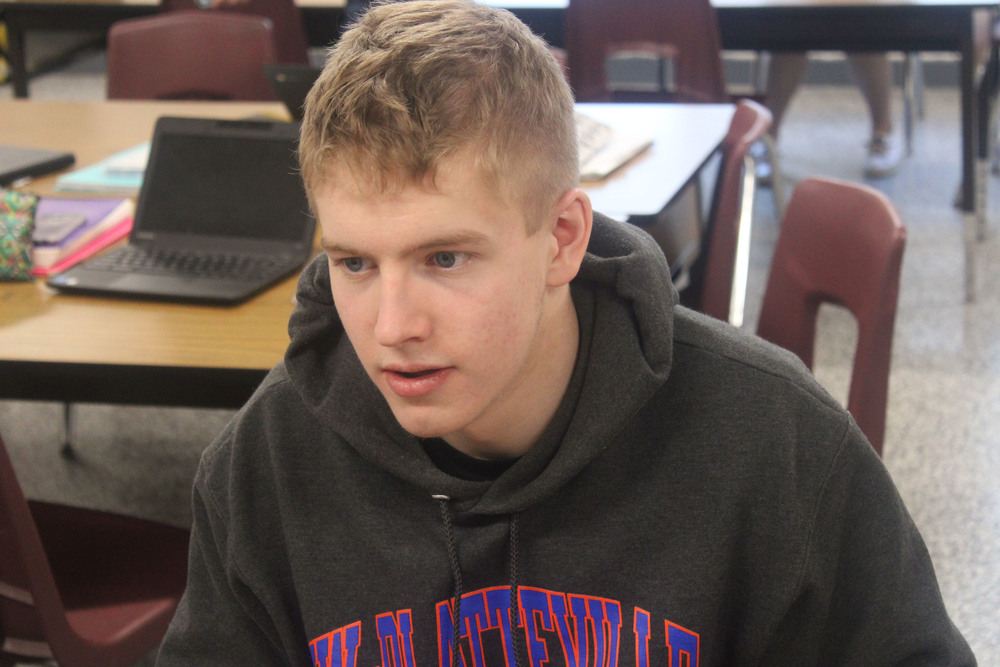 Goodbyes are always tough, whether it is to a loved one, a pet, or even your childhood home. In November 2019, Senior Ty Dressler moved out of his childhood home, and into his new exquisite estate. Moving into a new home is exciting, but Ty still questions whether the new, luxurious house was worth leaving the old sentimental place that he had called “home” for so long.

It all started when Ty overheard his parents talking about potential blueprints for a new house. The idea of a new house came as a bolt from the blue for Ty. “I felt like a kid in a candy store. I couldn’t sleep that night; all I could think about was having a nice big room that I could do so many activities in.”  A new house was the only thing on Ty’s mind. During the finals weeks of Ty’s junior year, he spent most of his time googling bedroom designs and watching HGTV for more ideas.

Many moons went by before the Dresslers finally found the house they wanted to build and who they wanted to build it. In the summer of 2019, the long process of building a house finally took its course. Dirt was moved, cement was poured, frames were put up, and excitement was in the air. Something was missing for Ty though. Something left Ty feeling uneasy about this new house, and he couldn’t really put his finger on it. On a hot and humid July day, Ty was running around outside with his neighborhood friends when he caught a glimpse of his house from an above angle and he realized how much he loved this house. “It hit me like a train. This was my home, this was where I have cherished so many memories with my family and friends.” Later that night at the dinner table, Ty described his emotions to his family. The rest of the family understood what Ty was saying and they comforted him with their words.

As the summer came to an end, the house was reaching its halfway point of being complete, and Ty was still unsure about this new house. The new house was completely enclosed and all that had to be finished was the inside. Ty visited this new house weekly to see how much progress was made since he had last seen it. Reflecting back on it, Ty had to say “Don’t get me wrong, I was excited to see our new house develop from pieces of wood put up to a completely enclosed house with enclosed rooms, but I was happy there was some time left so I could stay in my old house for a while.”

On November 2nd, 2019, the Dressler officially moved out of their lifelong home. “It was a sad day, full of different emotions.” The Dressler’s had everything moved out beside a table or two that they had no need for in their new house. The night before, Ty and his sister Brooke had a couple of neighborhood friends over to reminisce about all of the good times they had shared at this location. Now it was time for Ty and Brooke to reminisce with their parents about all of the good times they had shared. “A tear or two might have been shed, but they weren’t tears of sorrow; they were tears of joy.” The Dresslers grabbed the final things they wanted to keep and each stepped outside, never to come back and sleep again.

Time passed after the new house was finished and the Dressler family had been sleeping there regularly. Ty still hadn’t made the complete switch. “It felt like I was sleeping at a hotel for a while, but eventually I grew into it and now I consider this house my home.” The Dresslers will definitely miss their old home, but they are ready to create new memories in this one.