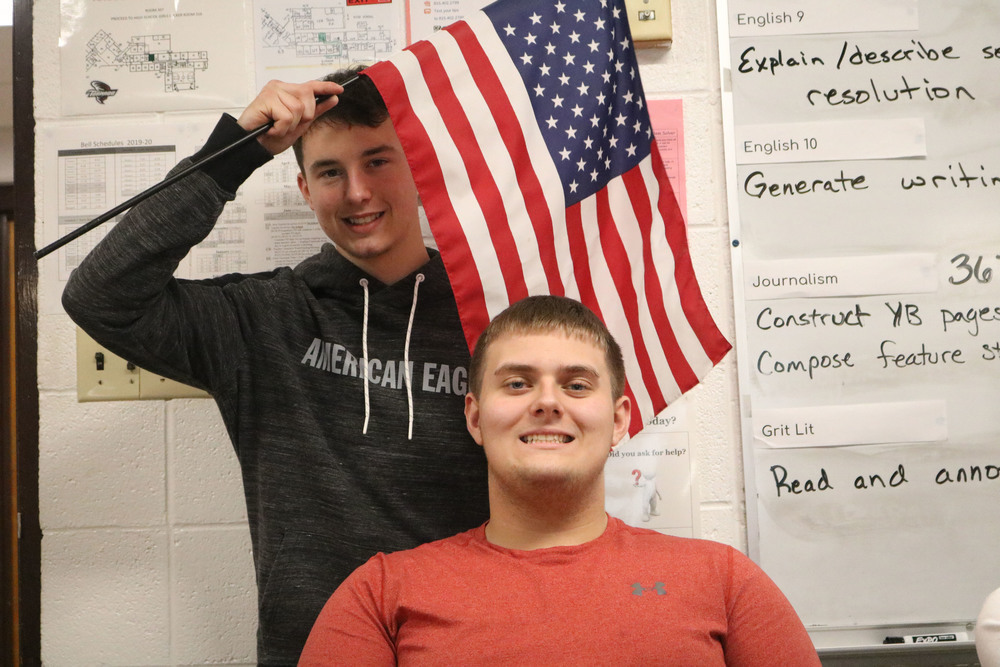 At 6:50 am, Bradley’s alarm starts ringing. Bradley gets out of bed, gets ready for school, looks in the mirror, and asks himself, “How can I make my school better today?” Bradley Reynolds is a 4-year class president who aims to lead his fellow students to have a successful year.

At a young age, Bradley never envisioned himself to be in any type of leadership role. Instead, Bradley always wanted to be a paleontologist, which is a person who studies fossils. As time went on, Bradley started to get the urge of wanting to be somebody with power, someone who leads others to achieve a common goal. “I wanted to be somebody, I wanted to be in the front lines.” Bradley’s first experience of real leadership came in the 6th grade where he led a group of fellow students to fight for the ability to participate with younger school mates during recess. Even though it was a small taste of leadership, it was still enough to get Bradley hooked on the idea of it.

Fast forward 4 years; Bradley Reynolds is now a freshman attending Potosi High School. Within two weeks of the start of the new school year, the entire freshman class gathered up in a single classroom to vote for the class officers. Bradley knew this was his chance to step up and be the man in power that he wanted since being a middle schooler. After the Treasurer, Secretary, and Vice President were announced, Bradley raised his hand to inform the teachers and students that he was running for president. Then another hand was raised; this hand belonged to a student who would attempt to steal the throne from Bradley all four years of high school. From there the teachers told the students to vote for one of the two students. After that moment Bradley Reynolds had his opportunity as the president of the freshman class. Bradley has since been named class president every year of high school.

As class president, Bradley has to organize and lead class meetings, set up certain events, and make important decisions regarding the class funds. Some compare the 4-year class president to the current president of the United States, Donald Trump, for the good and bad. Bradley is no stranger to controversy. There have been deep talks about a possible impeachment to the class president. Some say the class president does not take the job seriously and others say he doesn’t listen to other people’s opinions. A fellow senior that would like to be unnamed said “Bradley pulled the entire senior class out of class to take a picture in the gym, and the sophomore class was having phy-ed, so we couldn’t take the picture. This just goes to show how unorganized and inconsiderate he really is.”

With every argument, there is a counter-argument. Some believe that Brad is the best president the class of 2020 could have ever had. Bradley Reynolds is a man who doesn’t back down from a challenge, he firmly believes in what he says, and he has a certain way with people that convinces them to follow him. As a result, Bradley has been named Class President four years in a row.

Bradley’s greatest achievement throughout his presidency run was Junior Prom, where he was given insufficient funds and turned it into the prom every kid dreamed of. Dealing with a very low amount of money, Bradley found an excellent DJ for a very reasonable price, helped decorate the Holiday Gardens and gave everyone a smile with his dance moves. Former class officer Trevor Pluemer mentioned, “Bradley drew me in with his words and his swagger. Bradley has always been a great friend of mine and I believe that he has grown not only as a person, but as a person with authority. Bradley used to be the kid everyone was intimidated by, and now he has blossomed into a person that everyone wants to be around.”

Through all the positives and negatives Bradley is still the Class President and the Class of 2020 stands behind Bradley and all of his doings. Bradley is still continuing to give his best effort, and that is the most we can ask for.